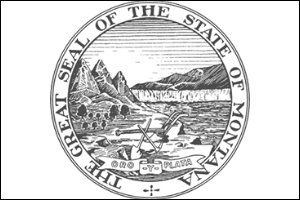 HELENA (UM Legislative News Service) – Last year was the first year Montana voters didn’t have to pay return postage on their mail-in ballots. It also was a record breaking year for voter turnout.

A bill in the House State Administration Committee would keep it that way. House Bill 287, sponsored by Rep. Kelly Kortum, D-Bozeman, would make the Secretary of State’s office pay for ballot return postage.

The bill’s five proponents, including Sam Forstag of the American Civil Liberties Union, said having paid postage on ballots would make it easier for low-income and minority Montanans to vote.

“Not having to drive to your post office, 40 miles each way, to get those stamps to make sure you can cast your ballot can be something that really impacts whether or not someone decides to cast their vote,” Forstag said

Beth Brenneman also spoke in favor of the bill on behalf of Disability Rights Montana. She said removing the need for absentee voters to stamp their ballots would allow people in nursing homes and other institutions to vote more easily. She said workers at institutions don’t buy stamps for ballots because they’re too busy taking care of their patients.

The bill asks for a special appropriation from the general fund to pay for the postage.

The committee is expected to vote on the bill Wednesday, Feb. 10.