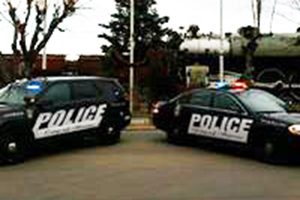 HAVRE, Mont. (NMB) – Havre Police Chief Gabe Matosich says a man was hospitalized after being struck by a vehicle in Havre on Wednesday afternoon.

Matosich says his department was dispatched to the scene at 4:56 PM on the 100 block of 7th Avenue, when a man struck a pedestrian after trying to turn south out of the west exit of the IGA parking lot in his pickup truck. The pedestrian, who was walking eastbound from the west side of the street, was struck by the front end of the pickup. Matosich says the victim regained consciousness shortly after officers arrived.

He was transported to Northern Montana Hospital with injuries.

The male driver was the only occupant of the pickup, and remained at the scene after the crash.

The incident remains under investigation.

Along with Havre Police, the Montana Highway Patrol and Havre Fire Department also responded to the accident. Matosich says law enforcement remained at the scene until around 5:56 PM.