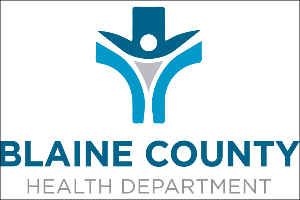 Until that date, McPherson-Hauer says she will “contribute time preparing the health department for the transition it faces.”

“I don’t know the answer to how the county will handle the transition,” McPherson-Hauer told New Media Broadcasters after the meeting. “I know the staff that’s here is fantastic and can handle anything and everything, because they’ve been doing that in the last two years in response to COVID-19 and for years before that with other public health duties. I know that they are very competent and professional, and I trust fully that they will carry on with work that they have been doing in a wonderful way, and make the people of Blaine County healthier because of it.”

McPherson-Hauer says her resignation is due to the “constant negativity, push-back, disregard and lack of support,” public health has faced throughout the pandemic, including from the state legislature. During the 2021 session, the legislature passed several bills into law that limit the power of public health departments and Boards of Health to enforce measures that combat the spread of threats such as COVID-19.

“There is not one individual event that was a last straw,” said McPherson-Hauer. “However, we feel in public health, and I know I’m not alone in this, that we are constantly defending the utilization of evidence-based best practice, and why are we doing that. Somebody always knows better. Although our decisions and interventions are driven by multitudes of research, in fact, they don’t change until that research is available. So it feels like that within the last two months, the frequency of having to defend those interventions has ramped up more than it has through the entire pandemic. And I believe that was a result of some interpretations of legislation. Also the change in the authority, going from the local Boards of Health and the Health Officer more to the local governing bodies. So legislative changes directed a lot of stress back on the department, because it politicized our response. So that’s been very difficult.”

McPherson-Hauer says that there were a handful of bills that were passed in the last legislative session that prevented her from doing her job the way she has for years and gave members of the public reason to disrespect her office and their recommendations.

“Many of (the laws) felt like they were knee-jerk reactions to the public health response and ongoing response to the pandemic. I mentioned HB 121 and HB 702. There were two Senate bills, and those affected the way public health functioned…That feels like backwards steps in public health.”

McPherson-Hauer says that in addition to the politicization of the pandemic, the constant workload related to COVID-19 has burdened her with added stress that was not healthy.

“Living in a small town, when events happen and groups are quarantined or someone you know is very ill and you’re worried for them. Living in a small town and doing this job and wanting to do everything you do well, just really wears on a person. It just got to a point for me where it’s best for me and it’s best for my family and my continued love of nursing to move onto something else.”

She says she expects to continue working in nursing, but outside of the confines of a Public Health Department.

After the Commission read the resignation letter out loud, county employees and health board members expressed their thanks to McPherson-Hauer for her work while criticizing those that have challenged the work of her department.

“I would say Jana is at the top of the list, if not the best Public Health Nurse I’ve ever worked with,” said Sanitarian Ron Andersen, who says he’s worked in environmental health for over 50 years across 12 different counties. “She’s going to be sorely missed. I concur with a lot of the comments that she made in her resignation letter. Dealing in public health with a lot of the irrational, illogical attitudes toward public health, public health long-established principles, particularly within Jana’s side of public health, has gotten extremely difficult, if not impossible. I understand why she’s leaving. She’s going to be sorely missed by the county and it’s going to be very, very difficult to replace a Public Health Nurse. And impossible to replace Jana.”

“My District is Fort Belknap,” Commissioner Dolores Plumage added. “They have a lot of cases there. And I’m concerned about all of the people here in our county. And to lose a person from the Health Department, we’re going to have to recruit. I don’t think people are really flocking to these positions anymore. So I suggest some of the people who are not in agreement, go get your degree. Go through your search, come back, and you do the job. We have experts out there. Come back and be the expert. We have referees out there just like a ballgame, and they are all making the decisions from the side. So today, for me, I have been here for 19 years, this is my 19th year. I’ve tried to be neutral, I’ve tried to be objective. I talk to Republicans and Democrats, I have faces in all your towns. I’ve been here that long. And I respect them and I hope they respect me and our office. All of these departments. So today I really, I thank Jana. We have become friends, and I’m happy for her, because she can give here attention to her family.”

Plumage and fellow Commissioner Frank DePriest were nearly in tears as they discussed and approved on McPherson-Hauer’s resignation, and her colleagues were unwavering in their support for her.

“I don’t think that this county will fully realize how much of a leader Jana was and how she was able to pull people together to do an impossible job until she’s gone. Then we’ll feel the full impact of it,” said Health Department employee Amber Huestis. “I can’t speak for Jana on this, this is my own comment, but there will always be people who are never going to listen no matter how much evidence you present to them. But I feel that the lack of support from our community support, and our leadership during this pandemic has definitely made me question my position in public health. I wish Jana the best and I know she will be very missed.”

A copy of the resignation letter can be viewed here.

McPherson-Hauer’s resignation comes as Blaine County continues to see a surge in COVID-19 cases, much like the rest of the state.

The delta variant is believed to be accounting for the vast majority of new cases and is impacting different age groups than previous surges.

With limited healthcare resources in the county, she says many people are refusing to get treatment until they are very ill.

“We see people making decisions on how to treat their symptoms, their illness, based on ‘Am I going to be able to be seen? How sick do I have to be to go to the doctor?’ These are people with low oxygen saturations and people who are quite ill (that_ truly believe that they won’t be able to be seen if they seek care. We continue to encourage people if they are that ill to please seek care. Whether that be a call to your primary care provider or to obtain care how you typically get it. Don’t put that care off if you’re ill in that way. But we do see that happening. We see people delaying care, we see hospitalizations far from home and really sick people having a hard time caring for themselves in their homes.”

Although the Health Department is not able to enforce any mitigation measures, McPherson-Hauer continues to encourage people to keep social circles limited, wear a mask in public and consider getting vaccinated against COVID-19.

When it comes to vaccination, McPherson-Hauer said back in June that a modest goal she had was to have every age group at least 50 percent partially vaccinated by the end of summer.

With the summer now over, at least 50 percent of every age group has received at least one vaccination against COVID-19, with the exception of the 18-29 age range, which is at 45 percent.

“That was a goal that we got very close to meeting, and I’m very proud of our staff’s work on that, and of our partnership with public health nursing and Indian Health Service, too, because that really affects our numbers,” said McPherson-Hauer.