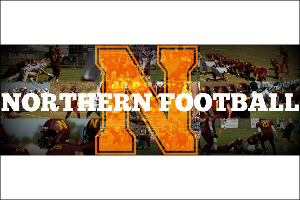 MSU-Northern head football coach Andrew Rollin offered his resignation as head coach of the Light football team dated for Tuesday, November 30th. Rollin was hired as head football coach at MSU-Northern in December 2017. In the combined seasons of 2018-2019 and 2021, which comprised the Spring and Fall schedules. Coach Rollin’s record at MSU-Northern was 3-34 with one conference win, which came this past season against Eastern Oregon. In speaking with Hi-Line Today New Media Broadcasters; Northern Atlantic Director, Christian Oberqwell said, “a search committee would be formed immediately and the process of finding coach Rollin’s replacement would begin as soon as possible.”