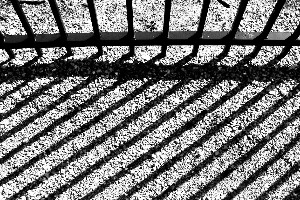 ROCKY BOY, Mont. (NMB) – The FBI has confirmed that one person is in custody after an alleged shooting and pursuit early Saturday morning on the Rocky Boy’s Reservation.

Moises Zamora, born in 1984, is facing pending charges in U.S. District Court of assault with intent to commit murder and use of a firearm during and in relation to a crime of violence.

Zamora was taken into federal custody from the Hill County Detention Center on Tuesday.

The FBI would not confirm the name of the suspect, but the criminal complaint was signed off on by a Special Agent.

The affidavit states that the victim was life-flighted from Northern Montana Hospital to Benefis Hospital in Great Falls and is on life-support.

The complaint alleges that Zamora used and discharged a firearm in an attempt to murder a man on the Rocky Boy’s Reservation. It adds that the Special Agent was dispatched to a pursuit following the shooting, which ended at Bowery Peak after 3 AM.

According to the affidavit, Officers recovered three 9 mm cartridge casings at the Rocky Boy residence where the shooting allegedly occurred.

The complaint alleges that a search of the vehicle the suspect is believed to have used resulted in the recovery of “crystal meth, live .223 caliber ammunition, a spent .40 caliber casing, and drug
paraphernalia.”

The Special Agent adds that there is documentation that associates the vehicle and its
contents with Zamora.

Zamora is scheduled to make an initial appearance in U.S. District Court in Great Falls on Tuesday afternoon.

The Rocky Boy Police Department did not respond to a request for comment.