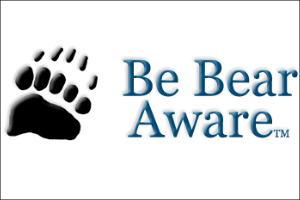 MISSOULA, Mont. (NMB) – The Be Bear Aware Campaign has released a new 8-page guide called “How to Deploy your Bear Spray Against a Highly Agitated Charging Bear.” A press release says the guide was made because the Be Bear Aware Campaign is concerned because most bear spray training is based on using pepper spray for people, not bear spray for use on bears. They are two different applications and using the wrong instructions or product can get you mauled.

The Be Bear Aware Campaign has monitored bear attacks and maulings that occurred with and without bear spray for more than 40 years. Since bear spray was marketed in the 1990’s, incidences where bear spray failed to perform had several similarities, including waiting for the bear to be too close for the spray to take effect, spraying over top of the bear because they were not holding the can firmly, being unable to get the safety clip off, spraying short bursts, incorrectly aiming toward a bear’s eyes, nose and mouth, and mistaking bear spray, pepper spray and military spray as the same product.