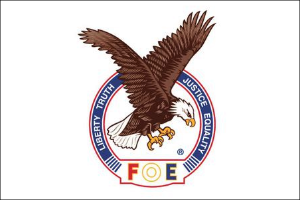 HAVRE, Mont. (NMB) – Every Tuesday night, the Havre Eagles Club will be hosting a Hamburger Feed to help raise funds for the Havre Beneath the Streets sidewalk project. Manager of the Eagle’s Club Tom Farnham says all the proceeds from this event will go toward restoring the sidewalk at the end of their tour, which is near the Eagle’s Club.

“We will have a hamburger feed from 5:30 til 6:30. Cost is $7 and that will include hamburger, cheeseburger, salad, baked beans, chips and condiments. And, it’s a full course meal basically.”

Farnham says they have been working with Havre Beneath the Streets since April to help them with this project.

“We’ve been ongoing fundraising to raise money to replace the sidewalk on the west side of the Eagle’s Club and that’s hosted, or was the place for mercantile and the barber shop were, and it’s really a big asset to Havre Beneath the Streets.”

Farnham says they will hold the hamburger feed every Tuesday evening until further notice. A few fundraiser’s have already been held for the project, but they still have a long way to go until they can repair the area.