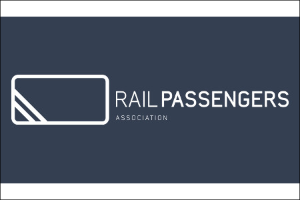 CUT BANK, Mont. (NMB) – Renowned artist, J. Craig Thorpe, who has done many transportation-themed prints as well as a painting commissioned by Amtrak for the 75th anniversary of the Empire Builder in 2004, has created a new painting of the Empire Builder that celebrates 90 years of continuous service to the citizens of American’s Northern Tier between the Great Lakes and Pacific Northwest in June 2019.

A press release says that the painting will be unveiled at the Rail Passengers Association Northwest Division Membership Meeting and Spring Passenger Rail Conference at the Elks Lodge in Cut Bank on Saturday May 18th.

This are will depict the eastbound Empire Builder on the Blackfeet Indian Reservation west of Cut Bank near the site of Meriwether Lewis’ Camp Disappointment. It will feature the Great Plains and the Rocky Mountains of Glacier National Park to highlight the diversity of the route. The painting is meant to serve as a reminder of the enduring contribution passenger trains have made to each of the 46 communities along the Empire Builder route and to urge support for sustaining and then expanding passenger rail services nationwide.

The painting will be on display in Cut Bank for the summer and will then travel to Kalispell where it will be displayed at the Hockaday Museum of Art. The exhibit will run from September 26th through December 7th.