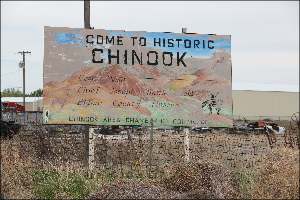 CHINOOK, Mont. (NMB) –  The Blaine County Library will be the site of a special talk this Saturday at 2 PM, 144 years after Flight of the Nez Perce ended with Chief Joseph’s surrender at the Bear Paw Battlefield.

“Bear Paw on it’s own, the last battle of the last Indian war, isn’t only important to local history, it’s really important to state and national history as well. So people should kind of keep that in mind when they think of Bear Paw. (This event) gives people a reason to reflect on that history. And hopefully, having LeRoy here will also give people insight into who the Nez Perce were. We’re not just going to be focusing on war and a battle, we’re also going to be learning about this Tribe, which should be really wonderful.”

Seth’s great-grandfather, Peopeo Tholekt, took part in the Battle of Bear Paw and was able to escape to Canada. French says that Tholekt revisited the battlefield in the 1920s with a tribal historian to help identify historical points, including the site where Chief Joseph surrendered.

“It’s pretty cool that this guy is a descendent of a warrior of Bear Paw that came back and contributed so much to the preservation of the Bear Paw Battlefield,” French said.

The talk was funded through a grant from Humanities Montana.

The event is free to attend, but a limited edition blanket created by Ball will be raffled off at the event, with tickets costing $10 and proceeds going towards the Nez Perce Boys and Girls Club.

French says those in attendance who are not vaccinated against COVID-19 are urged to wear a face covering.

Due to COVID-19 concerns, there will not be a commemoration held at the Battlefield, which is located about 15 miles south of Chinook. However, admission to the site is free and everyone is welcome to visit.

Prior to the event, the Museum will be open from 9 AM-2 PM for those interested in learning more about the Battle of Bear Paw.