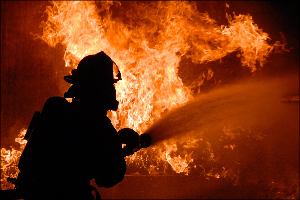 By the time they responded, the house was already engulfed in flames.

Peterson says the home, as well as a pickup truck and a car, are a total loss.

There were three fire trucks and around 10 people from the Wild Horse Department at the scene, along with officials from the Hill County Sheriff’s Office.

Authorities remained at the scene until around 3:30 AM Thursday morning.

The house owner was the only person in the house at the time of the fire. He made it out of the house, but did suffer some smoke inhalation.

The cause of the fire is under investigation.

Peterson says he wants to remind people to always be mindful of fire escape plans, as this can happen to anyone.