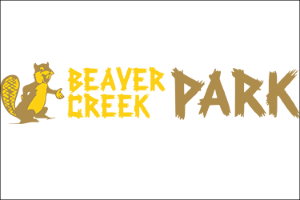 HAVRE, Mont. (NMB) – The Hill County Park Board convened on Monday for their regular monthly meeting and voted to move forward with a full replacement of the Beaver Creek Lodge.

The Board voted to request a three-mill levy be put on the November ballot in order to pay for the new lodge. As proposed in the motion, if approved by voters, a 15-year-levy would be implemented.

The levy proposal would raise about $127,363 a year, according to Clerk and Recorder Sue Armstrong, who said one mill is currently at $42,454.498. The proposal will now go to the Hill County Commission, who must approve a resolution by August 1st in order to get it on this year’s ballot.

Park Board Chair Jeff Jensen said that the three mill levy would equate to about an $8 tax increase for a homeowner of a property with a $200,000 valuation, but that number is not confirmed.

The Park Board seemed to agree that it would make more sense to build the new lodge in a different location, as this would allow the current lodge to continue to be used for now.

“You could still utilize the lodge for events and revenue while you work in this new building, if that’s the path you choose to go down,” said local Architect Becki Miller, who had been working on drawings for Lodge repair. “You know how widely used that building has been at the park and in this community. And going forward, just having a facility out there that’s going to continue to get use. I think you’d have a lot of community support for it.”

It is unclear how much a new lodge will cost, but an extremely rough estimate provided at the meeting was in the neighborhood of $1.2 million.

Miller stated that after doing extensive research into the state of the current lodge, she believes that it is more prudent to move forward with a complete replacement.

“(Rehabilitating the current lodge) started off as like a $200,000 fix. And all of a sudden, we looked at where all these structural columns were going to be to fix the problem, and it was affecting every other system in the building. And it kind of just snowballed,” said Miller, who further stated that a rehabilitation could now cost upwards of $400,000 without a roof repair, and upwards of $500,000 with that repair.

The initial plan was to simply repair the current lodge, put with a grant application having been denied and the cost escalating, it no longer made financial sense, according to those at Monday’s meeting.

“Unfortunately, that building was just not properly constructed,” said Miller. “And there’s a tremendous amount of load coming from the glulam beams onto those log walls. And those log walls are really short sectioned, so they’re just wanting to kick out and rotate. There is no perfect fix for that … It’s not an easy fix, either. What we’ve proposed is cutting the concrete slab, and we’re putting in pretty sizeable footings, like 2′ by 4′ or 5′, depending on where those columns are located. That’s gotta be 4′ deep with a Sonotube on top of it with a column on top of that to support those glulams. Those columns then affect the bathrooms … With the kitchen, there’s obviously columns in the kitchen that are effective with the cabinets. By the time you pull off the countertop and the cabinet, are we looking at new countertops and cabinets? We’re also updating some of the electrical, lighting LED, and just some electrical stuff that goes with that. The bathrooms, the plumbing, obviously, for the new bathrooms. So we are literally touching almost everything on this building.”

The current lodge is about 50-years-old, and Park Superintendent Chad Edgar echoed Miller’s concern, stating that during last month’s flood, the logs proved to be cracked and weathered, and some rain got on cabinets and countertops.

“The logs, they’re checked, they’re cracked really bad, all the way up and down. And some of those weather sides that catch all of the west winds and the driving rains are really weathered. That’s where we had the most logs replaced when… major repairs were done on the exterior.”

He added that a new building could be winterized so it could be utilized year-round.

“Our lodge today is not any good in the winter. It doesn’t work … We could have a facility out there for people to use in the wintertime. I mean, that would be really awesome. I plow the road anyway … That’s just another pro.”

A timeline for construction is not set at this time, but members of the Board suggested starting with a shell that could be utilized immediately before moving forward with further construction. It was not decided if the new building would be steel or wood framed.

“The hope would be is you could do a concrete slab and a steel erection and put the skin on the building (the first year),” said Miller. “The next year, you could do windows and doors and some of the rough end electrical. Last phase would be putting in the finishes and the fixtures, the bathroom fixtures. I don’t know if that’s realistic. That’s just in my mind, what could be done.”

Miller said a new building would have to include a sprinkler and fire suppression system due to fire codes. These have not been required in the current building because it met codes at the time it was built and is considered to be grandfathered.

“Technically, any time you have more than 100 occupants, you’re serving food and drink, you have to have a sprinkler system. We don’t have a pressurized system up there, so we’d have to have a holding tank. So that’s kind of the kicker,” said Miller, who went on to say that they put a halt to the drawings for rehabilitating the current building when the scope of the project expanded drastically.

Miller said recent stabilization efforts have helped temporarily sustain the current lodge, but the building continues to have movement and there is no permanent fix.

“I don’t know if anybody is going to come out and say (the building can’t be used anymore by the public), but I would be concerned about it,” Miller said in response to a question from Board member Lou Hagener. “The logs, there’s a tremendous amount of load … I don’t know the answer to that question. It could be one bad weather event too, I don’t know. But I don’t foresee it just being sudden.”

All board members in attendance voted in favor of the motions to move forward with a lodge replacement and a mill levy, with the exception of Larry Kinsella.

Edgar said that at Camp Kiwanis, over 8 inches of rain has fallen in the past month, and more fell at higher elevations. This has been beneficial for the Park, except for the flash flooding last month.

Most of the damage has been repaired, including the Lions Campground and the roads.

Edgar said repairs from flood damage have cost $1,400 for riprap. The Park has yet to receive an invoice for fill, but Edgar estimates that it will come in at between $700-800. The Board voted to allow funds from the contract services part of their budget to be used for these repairs.

However, one benefit of recent rains has been to the conditions of the Park. Edgar said the grass is in better shape, and the south end is back to average or maybe even at above-average conditions.

“Things are really moving in a positive direction as far as our grass, and I think it’s really surprised everybody in the country,” said Edgar.

Also at the meeting: