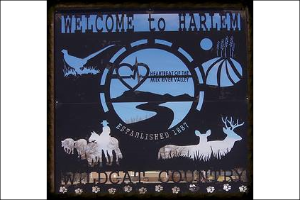 HARLEM, Mont. (NMB) – Kim Hansen is hoping to be the Mayor of Harlem for a second time.

Hansen says he is a community-minded individual that loves to serve constituents.

Hansen says one issue he would like to deal with is completing several projects that are in the works.

The municipal election is scheduled to conclude on November 2nd.