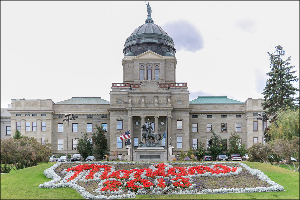 HELENA — Wednesday marks the middle of the 67th Legislative session and a key deadline for general bills. The UM Legislative News Service reports, Lawmakers held committee hearings on more than 360 bills between Feb. 22 and 26. Many will not become law.

Some, like House Bill 455, were tabled in committee. That bill would have made getting and voting with an absentee ballot more difficult. It was tabled unanimously.

“This bill is just, is probably the worst bill I’ve seen all session, if you want the truth of the matter, and it just needs to die,” Custer said

House Bill 335 would have abolished the death penalty, but was tabled on an 11-8 vote in the House Judiciary Committee just a day after its first hearing was scheduled.

House Bill 461 would have required unions in nonprofits to ask for consent to collect dues. That bill was tabled after failing to pass on a 10-10 vote.

Other bills died on the House floor. House Bill 415 would have made it illegal for employers or state agencies to deny service or employment to people because of their vaccination status. It also would have banned so-called “immunity passports.” It died on a 50-50 vote.

The Senate tabled its own fair share of bills. Senate Bill 210 would have forced country of origin labels on beef and pork in grocery stores. It died on a 5-6 vote.

Senate Bills 268 and 362 were designed to protect mobile home owners. They died together in the Senate Business Labor and Economic Affairs Committee.