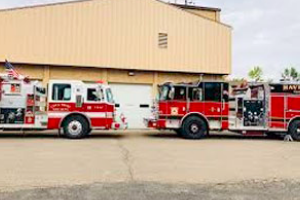 According to the report, Firefighters are concerned about a host of issues, ranging from potential asbestos in the ceiling which has broken loose and covered numerous surfaces, diesel exhaust from trucks covering walls in the truck quarters and infiltrating inside the building, and their oldest ambulance continually breaking down.

The report says testing that was sent in by Assistant Fire Chief Nate Courtnage confirmed the presence of asbestos fibers in the ceiling texture.

The report indicates that the city’s oldest ambulance, which is more than 20-years-old, is no longer suitable for use. It broke down recently on April 19th, and although the issue was temporarily rectified, the concern about future problems looms. The Fire Department says they are able to order an ambulance free of charge from the manufacturer, but it would take about 18 months to be delivered and it has not been approved by city administration.

In addition, the report states the shooting range below the fire department is inadequately ventilated, leading to serious concerns about lead exposure. Initial testing, according to the report, indicates that lead levels in the air are exponentially higher than what is considered acceptable by the U.S. Environmental Protection Agency.

The report claims that the city’s administration has known about the issues, particularly concerning lead, for years but have done nothing.

Miller, who joined the Council in March, says he has reviewed meeting minutes and communications going back 10 years, and believes the lead issue was first expressed by a firefighter in May 2018, with the Safety Committee saying they would investigate it. The same firefighter reported the issue to the union that April and asked for the air to be tested.

Denise Brewer, the other member of the City Council on the Safety Committee, read portions of letters from concerned firefighters out loud during the meeting.

Miller says in June 2018, the air quality issue was again brought up to then-Mayor Tim Solomon and Public Works Director Dave Peterson. According to meeting minutes, Solomon reminded Peterson that the air needed to be tested, but Peterson said there is an exhaust fan that functions properly. Miller says at that point, the issue was dropped.

Solomon and Peterson did not respond to requests for comment by the time this story was published.

Mayor Doug Kaercher said he was only notified of the issue by Fire Chief Mel Paulson within the last month and a half and had no prior knowledge of it. He says the city will be going along with the Committee’s recommendation to test for the presence of lead, asbestos, and other carcinogens.

“Once I was notified of it, we’ve contacted an industrial hygienist out of Great Falls, he asked for as builts on the building and he’s making an assessment of the building before he comes up and does the outright testing,” Kaercher told New Media Broadcasters after the meeting. “The reports that were given to the Safety Committee does indicate that there are those carcinogens present, but doesn’t reflect any exposure at this point. And we won’t know that until the industrial hygienist has made air samples and testing.”

Kaercher said that he considers the Fire Chief and Assistant Chief to be city administrators, and he was never told by them about these issues.

“If they know about it and haven’t brought it over to me and I’ve been here for 10 years and haven’t heard about it, that’s certainly a breakdown of issues, too,” said Kaercher, who served as Havre’s Finance Director prior to being elected as Mayor.

Fire Chief Mel Paulson spoke with New Media Broadcasters by phone on Tuesday morning and said he is glad these concerns will be addressed.

“I’m glad that (the Mayor) is aware of it and I’m glad that he’s going to look into it with a third party and get the city employees taken care of. Police, fire, and public works, get the whole thing taken care of. It’s kind of a whole city complex issue.”

A copy of the most recent minutes from the Safety Committee can be viewed here. The Special Meeting that was initially scheduled for Tuesday, May 3rd has been rescheduled for this Thursday at 1 PM at City Hall.