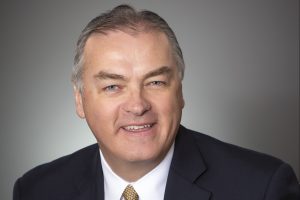 HAVRE, Mont. (NMB) – A second candidate is planning to enter the race to represent Havre in the State Legislature.

Democrat Paul Tuss has announced he is joining the race for House District 28, where incumbent Republican Ed Hill had been the only candidate to file.

Tuss has served as the Executive Director of Bear Paw Development Corporation for 22 years and serves on the Business Advisory Board for MSU-Northern and as an officer of the Havre Area Chamber of Commerce. He has previously been a member of the Montana Board of Regents of Higher Education.

Tuss previously ran as a Democrat for Senate District 14, which represents Havre and most of Hill County, as well as all of Liberty County and most of Chouteau County, in 2018. Tuss lost by 132 votes to Republican Russ Tempel. Tempel has filed for re-election and is currently the only candidate in that race.

The Co-Chairs of the Committee are Patrick Construction owner Tom Patrick and MSU-Northern Chief Diversity Officer/Advisor to the Chancellor/Tribal Liaison Dr. Margaret Campbell.

Another member of the Committee is Krystal Steinmetz, former Chair of the Hill County Democrats. Steinmetz ran for HD 28 as a Democrat in 2020 and lost by 163 votes to Hill. She is currently the Marketing and Events Director at the Boys and Girls Club of the Hi-Line.

Other members of the Committee:

In the release, Tuss stated that the individuals on the committee “agree that finding common ground to solve the problems we face in Montana is far more important than what political party you belong to.”

Tuss added that his campaign will “emphasize issues that are particularly important to Havre and rural northern Montana, including proper funding for MSU-Northern and public education, infrastructure improvements, access to public lands, support for law enforcement and policies that promote small business growth.”

The filing period closes at 5 PM on March 14th. The primary will take place June 7th, with the General Election set for November 8th.