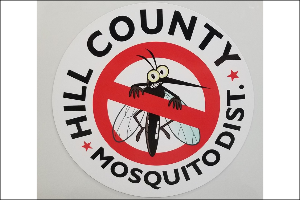 HAVRE, Mont. (NMB) –The Hill County Weed and Mosquito District has been fogging for mosquitos since early June, but as District Coordinator Terry Turner notes, the recent swings in weather have allowed mosquitos to repopulate.

“The hot weather that we had along with the about a half-inch of rain this last past week, it brought out a brand new population of mosquitos, as you’ve noticed,” Turner said. “The last one or two days, it’s really picked up. Actually, right about last Friday, we noticed kind of an influx of new hatches and whatnot.”

Fogging will continue with the district’s three trucks and all-terrain vehicle unit until complaints cease, which usually comes around when temperatures drop into the 50s.

Although mosquitos can be found throughout the county, some spots have been particularly troublesome.

“Probably out west of Havre we’ve had a lot more complaints in that area,” Turner said. “And then we’re just starting to find a few down in the south end of Havre, probably some of the crops getting cut off so the mosquitos move into town. And then we have that Highland Park area has always kind of been our troublesome spot.

There have been no reports of West Nile Virus in Hill County this summer, although the virus has been detected nearby in Cascade County.

Turner recommends that residents empty out areas of standing water to keep mosquitos at bay, and wear long sleeves at night and/or wear bug spray with deet to prevent mosquito borne illness.