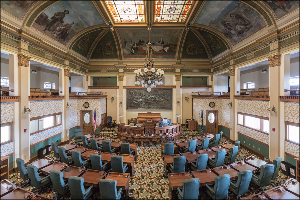 HELENA — Lawmakers have tried to exempt Montana from switching between standard time and daylight saving time nearly a dozen times in the last two decades. Now, a bill heading to the governor’s desk could actually make it happen.

Senate Bill 254 passed out of the legislature Monday. It would stop the state from falling back an hour in November if three other states in the region pass similar legislation. The federal government also needs to give Montana its blessing.

According to the National Conference of State Legislatures, 28 states considered legislation to stop seasonal time changes, including several western states. Idaho and Utah passed similar legislation in 2020, meaning only one more state needs to do away with their time change for Montana to make the switch, provided the federal government allows them to.

Rep. Katie Zolnikov, R-Billings, spoke in support of the bill during its debate last week on the House Floor.

“This is good for the children,” Zolnikov said. “It is estimated by the American Journal for Public Health … that 901 fewer fatal crashes could occur if the nation adopted permanent daylight savings time.”

But Dennis Lenz, R-Billings, explained his opposition to the bill.

“I finally decided I like the clock change twice a year because it only happens twice a year as opposed to the half dozen or eight times we’ve heard this,” Lenz said.

The bill passed its last vote in the House with bipartisan support and opposition, with 19 Republicans and 13 Democrats voting against the measure.