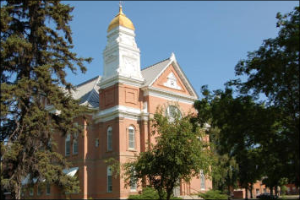 FORT BENTON, Mont. (NMB) – The filing period for the 2022 Elections is underway, and there are six different offices that will be on the ballot in Chouteau County.

On the County Commission, the District 2 seat currently held by Republican Clay Riehl is up for a six-year term. Riehl filed for re-election on Thursday.

For the four-year term as Sheriff/Coroner, Republican Vern L. Burdick has filed for re-election.

The only other candidate to file for election in Chouteau County as of Thursday afternoon was Seth Broesder, who is seeking a four-year term as Justice of the Peace. The seat is currently held by Susan Spencer.

Other positions set to be on the ballot (all 4-year terms):

The nomination deadline is 5 PM on March 14th.

Primary election day is June 7th, and the General Election will take place on November 8th.