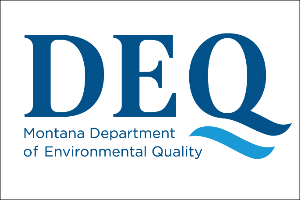 HELENA, Mont. (NMB) – The Montana Department of Environmental Quality (DEQ) has announced that they are seeking seeking public comment on a Draft Environmental Assessment (EA) for a proposed exploration project near Zortman in Phillips County.

DEQ received a complete application for an exploration license from the landowner. The proposed exploration project includes excavating one trench, approximately 350 square feet and 25 feet deep, to extract a 125-ton bulk sample for metallurgical testing. The project includes construction of an access road that would be left in place after project completion for use by the landowner. The entire project is anticipated to last approximately 10 days and disturb 0.18 acres. DEQ would require all disturbances except the road to be reclaimed.

The proposed exploration project would take place within the former mine operation boundary and a small area would be located within a reclaimed area of the former mine. The applicant has been notified of the Comprehensive Environmental, Response, Compensation and Liability Act (CERCLA) which is the law that governs Superfund sites. Superfund remediation at the former mine site was led by the Bureau of Land Management and they have also been notified of the proposed project.

Both projects are considered in the cumulative impacts section of the new EA.

The EA claims that impacts to air quality would be short-term and minor, with direct impacts from dust particulates and exhaust fumes. No secondary air quality impacts are expected.

Land disturbance at the site could lead to short-term increase in noxious weeds, but the EA says the impact would not be significant.

The EA states that, “all disturbance related to this project would be reclaimed at the conclusion of the project.”

The public comment period will conclude on January 11th.

Comments can be mailed to:

Comments can also be submitted by email to: DEQMEPA@mt.gov

Courtesy of the DEQ