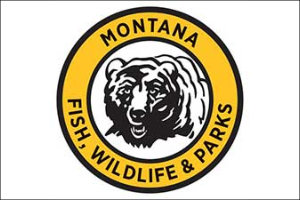 GLASGOW, Mont. (NMB) – Montana Fish, Wildlife and Parks has announced that the presence of epizootic hemorrhagic disease (EHD) has been confirmed in deer in eastern Montana.

A press release says several dead deer have tested positive for the disease over the last few weeks. This comes after they received several reports of dead or dying white-tailed deer in major river drainages in eastern Montana.

In northeast Montana, the furthest western extent of the disease appears to be along the Milk River near Saco, then east along the Milk and Missouri Rivers to North Dakota.

In southeast Montana, the disease appears to be most severe between Glendive and Sidney.

“(EHD) is usually not too much of a concern for hunters,” says Marc Kloker, Region 6 Information and Education Program Manager. “Obviously, during the archery season, there may be some people out there hunting right now. Hopefully within a couple weeks when the general season gets going, it won’t be as much of a concern. Because it’s really a hard frost that takes care of these gnats that actually transmit this disease.”

Kloker says that region-wide, populations of white-tailed deer remains in good shape, but hunters may want to avoid areas where there have been confirmed EHD outbreaks.

EHD is an infectious, sometimes fatal virus that is usually spread by a virus-carrying gnat or midge. Many animals with EHD lose their appetite, are drawn to water, lose their fear of people, grow weak, and die. It mostly impacts white-tailed deer, but can also show up in mule deer and antelope.

EHD is not transmissible to humans.

Animals that are symptomatic with EHD and are harvested may not be fit for consumption.

If you find dead or dying white-tailed deer, please contact your area biologist or FWP office.