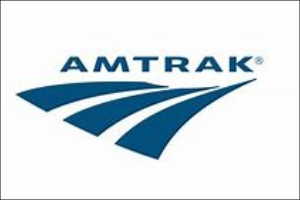 CHICAGO, Ill. (NMB) – The first lawsuit has been filed following the tragic derailment of a westbound Empire Builder near Joplin on Saturday that killed three and injured dozens.

The lawsuit was filed in the U.S. District Court of Northern Illinois by the law firm of Saltz Mongeluzzi and Bendesky on behalf of the estate of Zachariah Schneider, a 28-year-old who died in the derailment.

The defendants in the wrongful death complaint are Amtrak, which operates the Empire Builder, and BNSF, which owns and operates the line where the incident occurred.

Schneider was in the viewing car at the time of the crash and was traveling to Portland with his wife Rebecca, who was in a sleeper car and sustained “severe and life-altering injuries,” according to the complaint.

The plaintiffs are seeking compensatory and punitive damages, alleging that Amtrak and BNSF were negligent and careless:

The investigation of this tragedy is at its early stages, however, upon information
and belief, Empire Builder Train 7/27 derailed as a result of a defective and/or poorly maintained railway track and/or switch and/or negligent and improper track maintenance/inspections and/or negligent, grossly negligent, and/or reckless locomotive operation, and/or inadequate, ill maintained, inoperable and/or malfunctioning Positive Train Control systems on the BNSF tracks
and/or Amtrak’s train cars.*

BNSF says they do not “discuss ongoing or active litigation.”

Amtrak’s statement is below:

Amtrak is deeply sorry for Mrs. Schneider’s and the Schneider family’s loss. We are offering assistance to injured passengers and employees and the families of those who have lost loved ones but are otherwise unable to comment on pending litigation.

*From the complaint filed on behalf of the Schneider estate