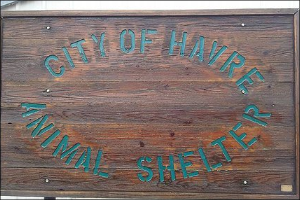 HAVRE, Mont. (NMB) – For the second year in a row, the Havre Animal Shelter has met the qualifications to be considered a no-kill shelter.

Animal Control Officer Pete Federspiel says that in 2020, the shelter had a live-release rate of about 90 percent. The vast majority of animals euthanized were either involved in bite incidents, were severely sick or injured, or were feral cats.

“I believe it shows success. Not only for the shelter, but for the community. We’re doing amazing things and with spay and neuter (programs) and other things that help us. I think it’s pointing towards success.”

Federspiel credits the Friends of the Animal Shelter’s Trap, Neuter, Release program for helping the shelter retain the no-kill status.

“We probably couldn’t be where we’re at without them. They are paying for our Trap, Neuter, Release program for cats. They also pay for a lot of the spay and neutering that is being done in the community. Without that, our numbers I believe would be way higher for animals that we would have to euthanize.”

Federspiel says 2020 saw an increase in surrenders but a decrease in strays. One issue the shelter has been dealing with is people leaving cats outside their building, which Federspiel says hampers their efforts to help out the community.

“We were trying to schedule some of our intakes where people were going to surrender animals to us. We may wait a week or two before we take them in. With the cats being dumped outside the shelter, we have to put off some of those scheduled surrenders to get those cats trapped and brought into the shelter. It kind of puts people that would otherwise be bringing an animal in, it kind of puts them off a little bit, where they won’t be able to bring their animal in for sometimes another week or two.”