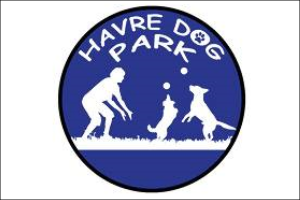 HAVRE, Mont. (NMB) – The Havre Dog Park has opened its gates to the public and plans to hold a formal grand opening in June.

“We do plan on in June having a grand opening with a ribbon-cutting and really opening it up to the public. But it is usable. We have two spaces. One for smaller dogs and then the larger area for larger dogs to run.”

This is a project that began back in 2017, and Lanier says there are still many things left to be accomplished to make the park even better.

“We’re going to have additional fundraisers so we can pay for some of these things, but we’re looking at benches, shaded areas, planting trees and shrubs, and signage. Signage is a big one, and we actually have a local scout that is going to be working on an Eagle project for one of the signs is the plan. And then we’re going to have signs on the highway and have it direct people around to where they can park and actually get up to the (park). Because it is kind of hidden, but that’s also what makes it a great area. It’s not in a residential area.”

Lanier says they also hope to add obstacles in the park at some point down the road.

Parking is located behind the ice dome. The Club hopes to create their own parking lot in the years to come.

The Havre Dog Park Club meets the first Monday of every month at 6 PM at Old Station Brewing.

Those visiting the park are asked to make sure their dogs are up to date with shots and registered with the city if they live in Havre.