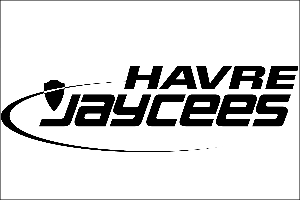 UPDATE: HAVRE, Mont. (NMB) – The Havre Jaycees Haunted House has been canceled due to the fact that the Great Northern Fairgrounds Commercial Building does not meet fire codes for the event.

Hill County Rural Fire 1 Co-Code Enforcement Officer Amanda Frickel says she was only told about the issue on Monday after being notified by the County that there may be an issue. She says a permit for the event has not been issued at the state, county or city level.

Frickel says she notified the Fair Manager and the Commission of the issue the State Fire Marshal would not overlook on Monday, but did not receive any responses until Wednesday.

Commissioner Mark Peterson says he was notified of the issue several days ago and says he can’t remember when he first responded to Frickel’s email.

“When we saw the poster of what the fair plans were for Halloween, that’s when things kind of started in motion. All we’re trying to do is follow the fire code and understand what the fire code is.”

Peterson says he was unaware that the Haunted House was scheduled to take place at the Fairgrounds Commercial Building until he saw the poster. He says the Fair Board and the Commission have been well aware of issues with buildings at the Fairgrounds for some time.

“Quite frankly, when we first received the information from (Deputy Fire Marshal) Dirk Johnson a year ago, I have been talking about it and wondering how we were going to manage things. But we were in the middle of negotiations with Rural Fire 1 and the City of Havre. Once that got solved, then we knew what we were working under. But the Fair Board also knew about the inspection at (Fair Manager Frank English’s) request of the State Fire Marshal, which was Dirk Johnson. And they did a walk-thru and Dirk explained to him the things that needed to be met.”

However, English says that he believed since other events have taken place in the building without issue for years, that the Haunted House would be fine.

“Well, it’s old. So there’s no fire suppression in it. But (during) the Fair, I had 47 (booths) in there. That’s all the booths. I had every booth in there sold for the fair…That was all done. It’s full. And usually there’s two or three people in each booth selling food or clothes or crafts or whatnot. That was fine. I don’t know how, that’s always been fine.”

Frickel says the Commercial Building lacks fire alarms, a sprinkler system, and clearly marked exit signs. It also is not a “Special Amusement Building,” that has the necessary kill switch to stop the attraction if needed.

Haunted House Chair Carly Holmes says she was notified of the issue on Thursday night, adding that the additional precautions they put in place were not enough to get clearance to hold the event.

“We were told at the very least that we had to have two exits to the Haunted House. There were actually five that could be utilized if there were to be any sort of fire. We also had enough fire extinguishers available on location that we could have put one in every one of our rooms in the Haunted House.”

Holmes says she has had to break the news to all of the participants, many of which put hours of work into this event.

“We probably put in a combined effort of roughly 50 hours or more in the set up. Putting up walls, hauling decorations, putting them up, getting everything ready. We got quite a bit of our membership involved, including outside parties that are just good friends to the Jaycees. Right now we’re in the process of breaking it to each and every one of them. Obviously, there’s a lot of (people) upset, but we just tell them that unfortunately, there is nothing we can do to reverse this.”

Frickel says she fully supports activities that bring the community together and puts money back into the community, but the safety hazards that could have erupted made it impossible to hold this event.

“I fully support the community in any event they want to do that brings in funding, that brings in more opportunity for interaction with the community and events for children to do,” Frickel says. “And I definitely support that. It’s just there won’t be a permit issued at the state level for this because of all the building code violations that are not fixed.”

Holmes urges anyone that would like to continue to support the community to donate to the Havre Food Bank and support Jaycees projects, since that is where funds and canned food received from holding the event would have gone.

“I know people look forward to this event. It’s something we’ve done for years and years. Last year being the first year without it was very rough. But we do always take food donations for the Haunted House. So if anybody has a food donation, they could donate it directly to the food bank, but they could also reach out to any of our members, whether on Facebook or in person, and we would be happy to take any of their donations and deliver them ourselves.”

Holmes also says they will look for a different location where they can hold the event next year.

English told New Media Broadcasters that despite local officials telling him the Haunted House cannot go on, he has yet to receive a formal letter and is not sure what to do.

“Why did they shut me down the day we open? I’ve go a lot of questions that need (to be) answered. They’ve known about this for two months, we’ve been advertising this thing…Why today, did they shut me down today? But they haven’t shut me down. Because nobody’s signed anything that says they are taking ownership and shutting me down. They’ve said you’re shut down, but nobody’s signed a piece of paper saying you’re shut down. Nobody’s taken ownership of it. So am I shut down? That’s what I’m trying to figure out right now.”

All of the outdoor events around Halloween at the Fairgrounds are still on as scheduled.

The Escape Room, which had been scheduled to take place daily through Halloween in the Search and Rescue Building, will still operate.

“We made sure that there is a lit up exit sign at the door they enter into,” says Fairgrounds Secretary Anita Stevenson, who helps operate the Escape Room. “That is the exit if they start to feel claustrophobic or panicked in any way. They can exit through that door. That door is not being locked behind them. It is being left unlocked…The lights don’t go out in the escape room. The escape room is fully lit.”

Rural Fire 1 Board Chair Steven Jamruszka says he does not have the authority to shut the Haunted House down, but his number one priority is ensuring the safety of everyone, and if there were to be an issue at the event, the County, the Jaycees and others could be held liable.

Jamruszka added that he hopes this situation could somehow lead to the buildings at the Fairgrounds getting the necessary improvements to be up to fire code.

Requests for comment to the County Attorney’s Office were not immediately responded to.

An emergency meeting has been scheduled for 8 AM on Friday morning at the 4-H Chuckwagon to discuss the latest developments.

The story that was filed prior to the cancellation is below.

After having to cancel last year, the Havre Jaycees Annual Haunted House is back.

However, it will be in a new location due to the fact that the old location above the Eagles’ Club is no longer suitable for events due to updated fire and safety codes.

Haunted House Chair Carly Holmes says they are thrilled that the Great Northern Fairgrounds, which is hosting numerous Halloween activities, is allowing them to use their Commercial Building.

“It’s a very large building. I would say we have used 90 percent of it for this. And we’re hoping that if this continues to be an event that is held up on the Fairgrounds for however long, we would love to continue being part of it.”

Holmes says that the space is so large they are able to add more to the Haunted House than at the previous location.

“We have added a couple of rooms that we haven’t had before. So that’s exciting. And like I said, some scares from the past that we can hopefully creep out a whole new age of teenagers.”

The Haunted House is open at 7 PM each night through Halloween. It closes at 10 Sunday-Thursday and is open until midnight on Friday and Saturday. Scare free tours will take place on Saturday, October 30th from 5-6:30 PM.

Cost for entry is $6 per person, or $5 with the donation of a non-perishable food item to the Havre Food Bank.

85 percent of proceeds will go towards providing coats and other winter gear for kids that need them, while the other 15 percent will go to the Fairgrounds.

The Jaycees are still looking for a few more volunteers to help out.

“(Volunteers) can help out with the scaring and what-not. We do of course need them hopefully to be over the age of 16, that’s along with the consent of their parents. But we do love to get other people to come in. Even if for one night. It’s such a good experience getting in there and getting to do the frightening part.”