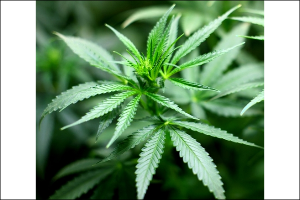 HAVRE, Mont. (NMB) – The Hill County Commission convened for their weekly business meeting on Thursday morning and said they are working to put the question of whether to impose a three percent local option excise tax on recreational marijuana sales on the ballot this November.

This comes after Commissioner Jake Strissel told New Media Broadcasters on Tuesday that it was his belief an election would not be needed to assess the tax.

“Where I was mistaken was that with this up to three percent county tax on the marijuana, it does need to go to the voters,” Strissel said at Thursday’s meeting. “I originally thought that it could be done at a Commission meeting, but I was mistaken. It does need to go to the voters. So I spoke with (Clerk and Recorder) Sue (Armstrong) yesterday. We could do it one of two ways. We could either do a…special election, or we could put it on the ballot in November. After talking with Sue, I think it’s best that we just put it on the ballot to the voters in November. So that’s what we’re going to do.”

Strissel says they will work to draft up the resolution calling for an election, adding that they will “follow the statute of the law on that.”

Treasurer Sandy Brown said the Commissioners had yet to discuss the issue with her office.

“I had talked to you and asked you to maybe talk to me a long time ago. So we can kind of coordinate so when it’s going on taxing laws or anything, that we are actually using and it is actually easy for me to collect. Because I would end up collecting that because it is a tax. So I want to make sure that we are not combining two different laws like we have, because it makes it difficult. And you were going to come back to me and talk to me, and I haven’t heard from you.”

“I apologize for that,” Strissel responded. “This information I got, I got towards the end of the day yesterday. So I haven’t had a chance to speak with you on it, but I do have this information for you.”

“I had just seen it on (the agenda) the other day. So then that’s why I was asking (again today),” replied Brown.

Armstrong said she will be speaking with other clerks across the state about the process needed on her end to put the issue on the ballot, and will keep the Commission and Brown in the loop.

The Commission ended up tabling the issue and plan to bring it back up at a later date once “the final draft (of the resolution) is completely done,” according to Strissel.

It is not clear if the Commission will seek the tax on medicinal marijuana sales as well, which they could do with an additional question on the ballot. When asked by New Media Broadcasters at Thursday’s meeting, they said they were not aware that was even an option and will be looking into it.

Chair Diane McLean was not present at the meeting, so Commissioner Mark Peterson served as acting Chair.

Other issues discussed or items voted on at the meeting: