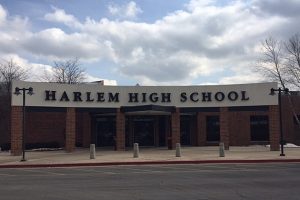 Dr. Bigby says the early dismissal on Friday was to “provide time for the investigation” while keeping “students and staff safe.”

As of Monday morning, the investigation was ongoing.

No other details have been provided, and the District says they will “inform the public of the outcome of the investigation when it is available.”

In a separate announcement that Bigby says is unrelated to the investigation, the District has announced that effective this Tuesday, Harlem High School students will not be allowed to leave the building during lunch. The District also reiterated its policy that items such as cell phones, collectible cards, and toys such as fidget spinners are not allowed.

A press release said these measures are being taken “in an effort to promote and be committed to a positive and productive learning environment.”