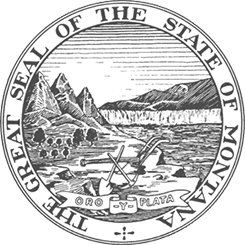 HELENA ( The UM Legislative News Service) – Senators on a special committee will attempt to roll three bills into one to build Montana’s recreational marijuana program.

Sen. Jason Ellsworth, R-Hamilton is the chair of the committee tasked with implementing the legalization of recreational marijuana, which voters approved of in 2020 with the passage of Ballot Initiative 190.

Crafting the final legislation will be a process of compromising numerous amendments. One implementation bill, House Bill 701, already has 35 proposed changes from the House of Representatives. Sixteen of them have been attached to the bill. Some seek to nullify the bill in light of a pending lawsuit from Wrong for Montana, which asserts that I-190 was an unconstitutional appropriation of government money.

Sen. Tom Jacobson, D-Great Falls, said during a meeting Thursday, April 16, that he wants to propose even more amendments.

“I have around 20 different amendments,” Jacobson said. “Some bigger, some smaller, some we’ve already talked about.”

“I know [home grow] is going to be a sticky wicket,” Ellsworth said.

Sen. Bob Brown, R-Thompson Falls, raised concerns over the section of HB 701 which says counties have to opt in to the state’s marijuana program. Brown said that had the potential to criminalize people who are already legally growing and selling medical marijuana.

“I think I would support an opt-out,” Brown said.

Brown also raised the idea of regulating the potency of edible products.

Democratic Senate Minority Leader Jill Coenhour, D-East Helena, said she would like to see more money sent to conservation efforts. The ballot initiative that voters passed to legalize recreational marijuana, Initiative 190, would have sent just less than half of all marijuana revenue to special revenue funds for wildlife, trails, state parks and the Department of Fish, Wildlife and Parks.

The final hearing on the bill scheduled for Monday may be delayed after a lobbyist tested positive for COVID, prompting the legislature to temporarily shut down Friday.