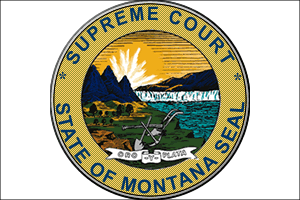 HELENA — Governor Greg Gianforte and the Legislature are locked in a legal battle over a new law giving the governor sweeping powers to appoint judges.

Gianforte signed Senate Bill 140 in March, which eliminates the Judicial Nominating Commission, allowing the governor to appoint district judge vacancies directly. A bipartisan group of former state leaders challenged it shortly after Gianforte signed it into law. The Supreme Court will now decide on the case, which has sparked a series of leaked emails, judge recusals and the formation of a special committee investigating the judicial branch.

House Majority Leader Sue Vinton, R-Billings said Monday that the special committee will continue its investigation with or without the court’s cooperation.

“I, for one – and I believe I speak for others on this committee – will continue to seek the truth, to seek facts, and to seek transparency from that very co-equal branch of government,” Vinton said.

Court Administrator Beth McLaughlin was ordered to appear at the Monday committee, but refused. In a written statement, she said the Legislature’s subpoena was not appropriate..

“I can neither provide information nor answer questions pursuant to a subpoena the validity of which is presently being litigated in the courts,” McLaughlin wrote.

“The court will do its job as constitutionally provided in the oath of office by the judges,” Sands said.

Most joined the meeting virtually Monday because of a COVID case at the Capitol.