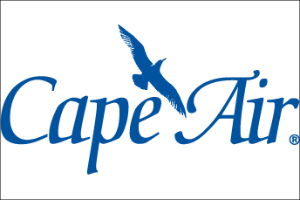 HAVRE, Mont. (NMB) – Cape Air held an open house on Monday at the Havre City-County Airport to showcase the Tecnam P2012, which is replacing the Cessna 402s in their Montana fleet.

Erin Hatzell is the Managing Director of Marketing and Public Relations with Cape Air. She says the biggest difference passengers will notice with these nine-passenger planes is increased comfort and amenities, such as leather seats.

“The G1000 NXi system Garmin has in it. That’s the biggest difference we see. Lightens our work load a bit. Lycoming’s electronically controlled engines make managing the power much simpler than previously for us. Those two things are the biggest steps up for us.”

The first Tecnam passenger flight in Montana is tentatively scheduled for Thursday. Three Tecnam’s have already arrived in Montana, while three more are expected to arrive in the next few weeks. This means that by the end of April, the majority of Cape Air flights in Montana will feature the new planes.

The entire fleet will consist of eight Tecnam’s, but the final two planes do not have an expected arrival date.

Even when all eight Tecnam’s are in operation in Montana, Cape Air plans to keep some of the Cessnas around as backup. Flight times are expected to be the same, and tickets will remain at the current $29 one-way rate thanks to a federal subsidy.

Since the plane is not pressurized, the loud noise that Cape Air customers are used to will not change much, especially during takeoff and landing. However, it will be a bit quieter while in-flight because the Tecnam’s RPMs of the propellers at cruising speed are slightly less than the Cessna’s, according to Guinee.

“It is still a little bit noisy, but honestly, it just puts me to sleep,” Hatzell added. “It doesn’t seem to bother me too much.”

Cape Air will continue to provide free earplugs to customers.