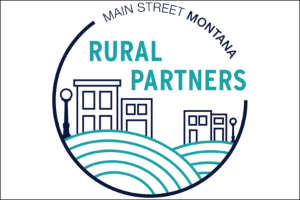 Bear Paw Executive Director Paul Tuss announced that the Request for Proposal to hire a consultant to create a Downtown Master Plan has been finalized and is being advertised throughout the state.

Tuss says he has already received a couple of inquiries and anticipates a handful of applications.

“What’s interesting is the RFP only went out a few days ago and we have already heard from firms about their interest in submitting a proposal to the RFP. So I’m very hopeful that there is going to be enough interest that we’ll have some great, qualified firms to help us with this effort.”

Funding for the consultant for the Master Plan is being funded through grants.

The deadline for applications is August 18th. Once finalists for the position are selected, a subcommittee of local stakeholders will interview the remaining candidates and help select the consultant.

Once a consultant is hired, the process of creating a Master Plan will begin. This is likely to include community meetings where public input will be sought.

“I think it’s reasonable to expect that sometime this fall, probably mid-fall, we’ll be at a point where we’ll be conducting public meetings to really gauge public opinion and thoughts, collect ideas about what Havre residents and Hill County residents want from downtown Havre,” Tuss told New Media Broadcasters following the meeting. “What they want it to look like, what they want it to feel like, what the infrastructure needs are, what are the facade development improvements that would be important to make Havre an even more attractive place for business. So I think that this fall will be a great time to solicit public input about that. Really what we are looking for is citizen involvement, citizen input about the look and feel of downtown Havre. What do they want it to look like 10, 20 years down the road.”

The group is next expected to meet in mid-to-late September.

Also at the meeting: