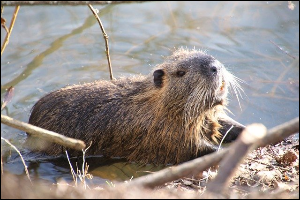 The policy states that trapping is a “necessary management tool” that can be utilized at the discretion of the Park Superintendent.

Alternative management methods, such as installing culverts, flow devices and pond levelers, can be recommended by the Superintendent to the Park Board, and funding for it must be approved by the Park Board.

The annual trapping season at the Park begins on October 15th, and Superintendent Chad Edgar requested that an agenda item for next month’s meeting to approve funding for trapping.

Commissioner Mark Peterson says this plan is a “living document,” that can be updated as needed or based on public input. He says the document will be looked at again at next month’s meeting, and that they will specifically look at comments provided by Lou Hagener, a cabin owner in the Park and  certified professional in rangeland management.

Included in Hagener’s suggestions are a request for a permanent record to be maintained of “actions taken and beavers trapped or removed from where, when and for what reason.”

The next Park Board meeting is scheduled for 5:30 PM on Monday, October 4th at the Timmons Room of the Hill County Courthouse.