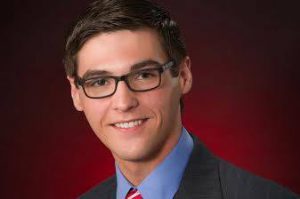 HAVRE, Mont. (NMB) – Jacob Bachmeier has announced he will not seek re-election for his State House seat and is resigning as Chair of the Hill County Democratic Party.

In a press release, the representative for House District 28 said that he can no longer balance serving in politics with his education, full-time job and family relationships.

Bachmeier says he will officially resign from his position as Chair of the Hill County Democratic Party on March 15.

Bachmeier has been Havre’s representative in the Montana House of Representatives since January 2017. He said he hopes to return to the legislature in the near future.

As of Monday morning, nobody has filed to run for the seat Bachmeier will be vacating.