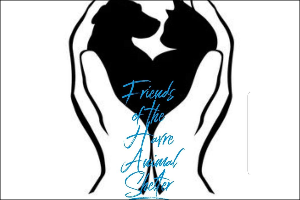 HAVRE, Mont. (NMB) – Local animal advocates are urging the public to use fireworks responsibly this Fourth of July Weekend, as that did not happen in many instances last year in Havre and Chinook.

Friends of the Havre Animal Shelter President Kim Federspiel says last year’s holiday was marred by a fire caused by a firework shot into the grass that got within feet of the animal shelter, and she asks the public to use their common sense.

“Have fun but be cautious. Be respectful of other people and animals and just be careful when you’re lighting off fireworks. Something as simple or careless as shooting a firework out of the back of a truck when you’re driving around town almost took down the whole animal shelter and the animals in it. So just be really careful not to hurt anybody or anything.”

In light of last year’s near-tragedy, Federspiel says the shelter is taking extra precautions this year.

“We have enough crates for every animal in the shelter. We’ve got all of our protective equipment out for moving animals that maybe don’t like to be held as much or will be stressed under those kinds of conditions. We’ve got leashes by each dog kennel and we’ve got keys more easily accessible.”

Federspiel says her husband, Animal Control Officer Pete Federspiel, has also cut and watered the grass outside of the shelter to make it harder to catch on fire.

P.A.W.S. of Chinook Animal Shelter Manager Alissa Hewitt says that last year, fireworks were lit off right by the fence on their property, causing them to purchase security cameras.

“(Our fence) is roughly six feet away from where the dogs are. And it goes without saying, that’s not a good idea and it’s not funny and it’s not cool at all and it’s not cute. So we just want to remind the public that we are happy to meet you down here if there’s a reason you need an appointment at the shelter. But otherwise, we are off-limits to the public.”

Tips for keeping your pets calm over the extended holiday weekend includes creating a safe-haven for them in a sheltered, escape-proof part of your home with plenty of water, and turning on the television to help mask fireworks with familiar sounds.

“Leave your dog in the house. There’s no reason for your dog to be up-close to fireworks,” says Hewitt. “Put on the TV, put on some music, put on something to where they maybe can’t hear them. Allow them to have their own space. That’s all year, that’s not just for 4th of July or any time that might scare them. Always allow your dog to have a space that’s private, that’s theirs. Crate training is a wonderful thing for that reason. That way, they can just go in there and be comfortable and be away from what’s making them nervous. They can feel settled and you don’t have to call us on the 5th and ask if anyone turned your dog in.”