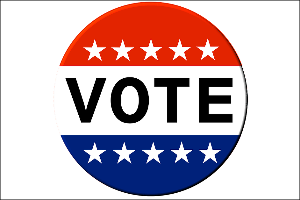 In our area, there are just two races with enough candidates for there to be a primary election.

In Blaine County, the four candidates for Mayor of Harlem are Edward Joseph Patrick-Wertz, Kim Hansen, Jennifer Ann Owens, and Douglas Stuart. The top two vote-getters will advance to the general election. Incumbent Ralph Schneider did not seek re-election.

In Chouteau County, the one primary race is for Geraldine City Council. There are eight candidates competing for two seats, and the top four vote-getters will advance to the general election.

The eight candidates are:

It is too late to mail in your ballot. Geraldine and Harlem residents should drop their ballot off at their County Courthouse by 8 PM this evening to ensure their vote is counted.

There are no primaries being held in Hill, Liberty or Phillips Counties.