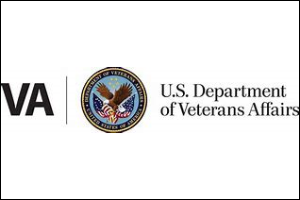 WASHINGTON, D.C. (NMB) – The PACT Act, which will provide important healthcare to Veterans that were exposed to dangerous toxins while serving their country, has cleared the U.S. Senate and is heading to President Joe Biden’s desk for a final signature.

The bill overwhelmingly passed on Wednesday, 86-11.

Montana Senator Jon Tester, a Democrat, played a large role in negotiating this bill and says that this finally will get Veterans with a wide-variety of toxic exposures, from living near pits to being exposed to Agent Orange outside of Vietnam, with the coverage they deserve.

“This legislation has literally been decades in the making. It’s a bill that Veterans and their families deserve, that they are counting on. And quite honestly, that they can’t wait for any longer. It recognizes our ability to right our wrongs with toxic-exposed Vets. And it recognizes the real cost of war,” Tester said in a press call on Wednesday.

This was the same bill that failed a procedural vote last week after passing 84-14 in mid-June. The bill had to go back to the Senate after a small adjustment was made because a tax provision must originate in the House, not the Senate.

Senate negotiations over the past week led to Republicans being able to introduce several amendments on the floor, but all were unable to attain the 60 required votes to be added to the bill.

Montana’s other U.S. Senator, Republican Steve Daines, voted for the bill on Tuesday after voting against it in last week’s procedural votes. Following the bill’s passage, Daines released the following statement:

Today, I was glad to vote for the ‘PACT Act’ to deliver disability and health benefits earned by Montana veterans suffering from toxic exposure that occurred during their military service. In recent days, I worked to ensure the VA is held accountable for meeting the needs of these veterans while also preventing big spenders in Washington from funding unrelated programs. While I’m disappointed these improvements did not pass, the ‘PACT Act’ passed with my full support. I look forward to it becoming law in the very near future.

Tester said he is hopeful Biden will sign the bill into law early next week.

Approximately 66,000 Montanans are believed to have been exposed to toxins during their service.

Those that believe they may be eligible for these new benefits can visit va.gov/PACT or call 1-800-698-2411 for next steps on how to file a claim.