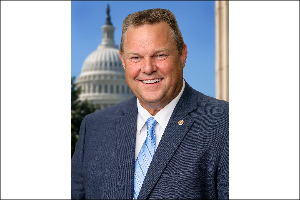 WASHINGTON D.C. (NMB) – U.S. Senator Jon Tester’s bill that would provide healthcare to Veterans that were exposed to dangerous toxins while serving in the Armed Forces failed to garner the 60-votes required to avoid a filibuster on Wednesday.

Tester, the lone-statewide elected Democrat serving Montana still in office, called out the 41 Senate Republicans that voted against the bill in a press call on Thursday.

“This is a slap in the face to every member of our all volunteer military. Those who have served and sacrificed. Because promises were made. And those promises included that they would be taken care of when they get returned home if they were damaged by the war and their service to this country. Providing comprehensive toxic exposure reform is the biggest issue facing our veterans today.”

Among those that voted against the bill was Montana’s other U.S. Senator, Republican Steve Daines. A spokesperson for Daines provided a statement to MTN News saying he objected because of the reconciliation package that was announced by Democrats earlier that day.

The bill, which has already cleared the House of Representatives, easily made it past a filibuster vote in the Senate on June 16th. However, many Republican Senators flipped their votes after it had to be brought up again because minor changes were made.

The bill can be brought to the Senate floor again, but it is unclear when that will happen.

“I don’t think we should go home (for August recess) until we get this thing done,” said Tester on the press call. “But we’ve gotta have the votes, too, in order to get it done. So, we’ll see. I don’t know. It may be early next week, it may be the end of next week. It may be in September. I don’t know.”