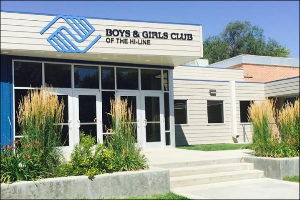 HAVRE, Mont. (NMB) – The Boys and Girls Club of the Hi-Line will be hosting their largest fundraiser of the year on Saturday, November 30th. Club Director Tim Brurud says the 12th Annual Festival of Trees features 18 trees this year, as well as other auction items and experiences for people to bid on.

“Throughout the night, we’ll be playing a couple different games. We have one where you come in, you can put some money in an envelope, anything between 1 and 20 dollars. If we draw your envelope, you get ten times that amount. So if you put in $20, you win $200. We’ll also be playing a couple of fun games throughout the night that you can pay to play and we have some great prizes for those.”

Brurud says that the money they raise will help them raise capacity at the Boys and Girls Club.

“We’ve had to cap our membership again. We haven’t had to do that for several years, but we have this incredible space, and we’ve filled it with kids. We have over 230 kids a day and it’s just kind of maxxed out where we are with the space and the staff that we have. So, part of that’s going to be going towards building capacity to give more kids the club, because we’re turning away kids everyday and we don’t like to do that.”

Brurud says the doors will open at 6 PM and they will serve hors d’oeuvres before the bidding gets underway at 7. To check on the availability of tickets, call the Club at 265-6206.